In the Schnauzer Showring... 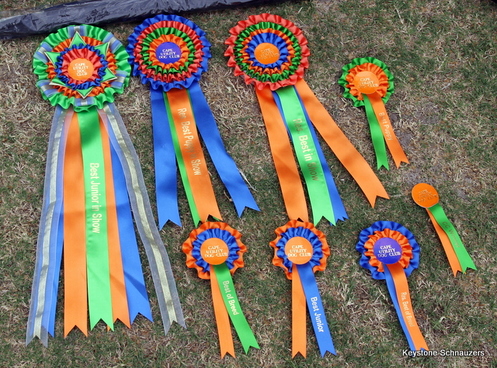 In a nut shell. How do championship shows work?

There are about 50 shows per year, all over South Africa.

There are 7 groups of dogs that compete and make up a show. I.e. gundogs group, herding dogs group, hound dogs group, terriers group, toy dogs group, utility group dogs, working group. Each different type of dog breed falls into one of these groups.

Giants fall in the Working Group.

They all compete first according to an age bracket and sex. First the miniature schnauzer male puppies against each other. Then juniors and also the seniors all in their relative age groups and males against males, females against females. 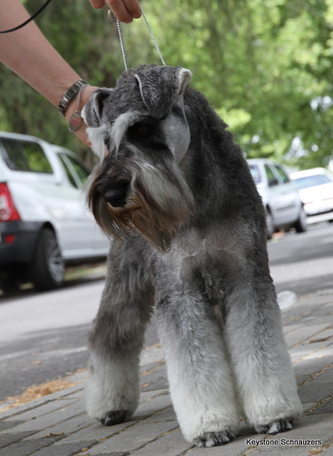 Once the winner of each different breed has been decided on, they compete to see who will be the winner of that group (all in age groups as well). Meaning the best mini Schnauzer will compete against the best Poodle, the best Bulldog, and the best Dalmatian etc.
The winner of each group then gets to compete for the top honor of being Best in Show.

SO in short......
Come along to the shows and see how it is done! There are about 500 dogs at the shows depending on location and entries. 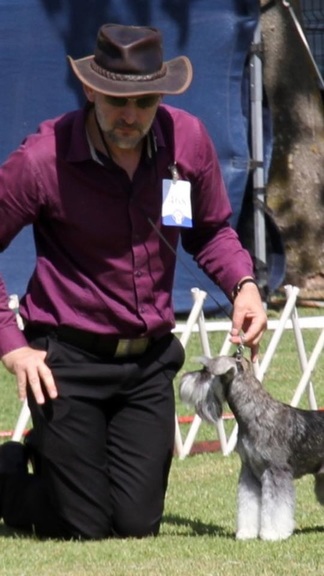 Here is an example:

SCHNAUZER SHOW RING NEWS: High five to these schnauzers for holding the schnauzer flag high! Max, Thomas, Betsy, Griffin, Yuki and Zorro are especially proud as they all come from the Keystone Miniature Schnauzer Kennel. An update from our favourite schnauzer show ring reporter Cocaine Spangenberg....

Thursday November 5, 2015
​
This is Cocaine, reporting live from Meyerton, in a pensive mood, I have to tell my listeners…

You all know the shows for the year are done and dusted. Since Dad and Reinette started showing again in August of this very year, we Keystone woofs took Best of Breed 12 times out the 13 on offer!!! Woof, WOOF!!! No wonder then Dad bought us some T-BONE steaks each to show his full appreciation, and I have to tell you this LAZY AGED MATURED COW was DAAAALICIOUS!!! Juicy, succulent, grrrrrrrreatt. So much so that I felt the need to lick Tarryn’s beard clean afterward, upon which, I told dad, ”Better to post pics of this just to make sure”….

At the risk of being boastful, I, Cocaine, have to point out to my Schnauzer listeners and fans; here in Sunny South Africa… this is possibly the best results in 13 consecutive shows that Schnauzers enjoyed in perhaps 10 years if not more, ggggrrrrr GREAT AINT IT? I better ask Dad for another T-BONE, heheheee, not sure if he will comply since he keeps an eye on my hips lest they become wobbly…

Since August 22, we added the following Rosettes to Dad’s stash,

Now I have it on good authority we Keystone Show Woofs will be spoilt rotten over the next 4 months in preparation of next year’s shows. I can see myself lounging with some lovely dried treat under dad’s favorite apricot tree. I just may share my treat with Tarryn, cos dis gurl… is getting mucho mo pretti as da summa progresses…

This is Cocaine, reporting live from Meyerton… 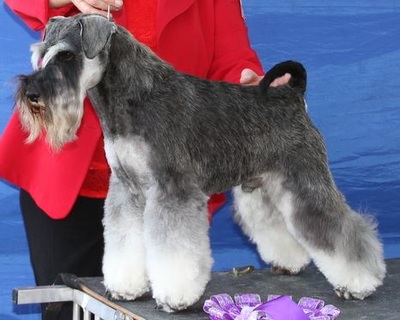 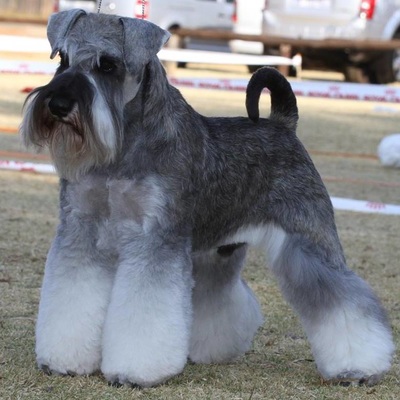 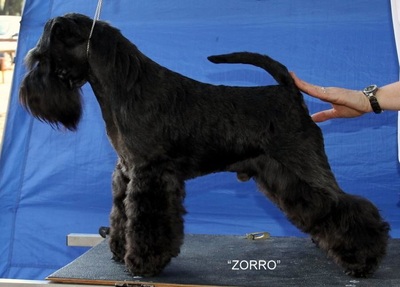