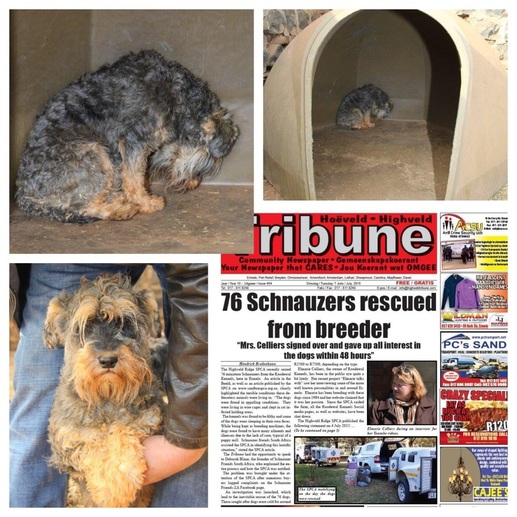 RESCUE: HAPPY GOTCHA DAY ANNIVERSARY to PRINCESS PIPPA! Pippa was one of the 320 schnauzers rescued from the Roodewal Kennel Farm network last year. It has been closed down thanks to our amazing Schnauzer Friends South Africa community. Here is an amazing story written by her forever mommy Nicole Zerwick from Pretoria!!

Celebrations! A happy milestone has been reached in our house: A year with Pippa. Hard to believe that a year ago our precious Princess Pippa was Yvonne St Chester, a breeding machine trapped in a living hell.

In preparation to write about our year I looked back through the photographs to remind myself of all the highlights and realised that we have had a capital letter LIFE EXPERIENCE. Adopting this precious little girl Schnauzer has been one of the most rewarding experiences, which is not to say it has been easy or fun all the time. There have been blue days when I wondered what on earth I thought I was doing…And why I thought I was qualified for the task of rehabilitating a rescue dog…And who was I to think that I was going to help her to put her past behind her and embrace her new life… Luckily those blue days were few and far between and the support from Schnauzer Friends, Scotty the Therapist and the fellow adopters on Whatsapp helped tremendously. I heard someone say once, “Fake it ‘til you make it” and I think I can claim that as my own. After 1 year, though, I think we don’t need to “fake it” any longer, we have made it!

I still get emotional when I think back to the petrified, quaking little dog that we went to fetch on a cold August afternoon from the kennels where she was being kept after being rescued. She had been washed and groomed but somehow she looked like an orphan up for adoption dressed in another child’s too big clothes. Having 2 Schnauzers at home already, I was used to Schnauzers who were proud, who revelled in their strong little bodies and loved the attention they got when they were freshly groomed and here was a dog that quite clearly did not like herself, her body or any sort of attention. Without consciously deciding to do so, I made a pledge that day that has governed our relationship: I would do everything in my power to ensure that no-one would ever hurt her again or force her to do anything against her will again and that she would be entitled to say “no thank you” and have that respected.

When she first came home she went and hid in the furthest corner of the garden against a wall and hung her head. She was so scared she couldn’t even interact with the other dogs. When we brought her inside and put her on a cushion at the fire she slunk away into a corner and lay on the cold tiles. She didn’t think she was worthy of a soft, warm cushion. My heart broke! Slowly, slowly she started to improve though. After 2 days she began eating and a day later she went out exploring the garden and within a week she had mastered the doggy door and outside toilet. As long as there was no person around she happily lay under a bush near the kitchen door in what has now become her “safe place”, dug holes and ate her food. (A note on the food: my dogs eat raw meat, veg and fruit and I initially thought I would wean her off the food that she was on and slowly introduce the raw food. When I looked at the sample of her food I was given and looked at the horrible, puffy bodied, dry skinned state she was in I went straight to the raw for her. What a difference that made. Within days she was less puffed up and her new fur growth was markedly healthier. She almost looked like she was growing out a bad tint job!!) During this time I became a master zoom lens photo snapper! We started measuring our progress by how much we had to zoom in to get a photograph.

Just as the homecoming dust started settling we hit the day 10 mark and her stitches from the sterilisation had to be removed. In anticipation of the event I lay awake from (too, too) early morning planning how I was going to 1. Catch her, 2. Transport her safely, 3. Hold her still at the vet. In the end none of that was necessary. When I picked her up to put her in the car she froze with fear and she stayed that way the whole time. The vet commented on what a good girl she was and I thought to myself: “If only you knew!” When we were done and I placed her back on her blanket in the car she looked at me as if to say: is that IT?!? When we got home the other dogs came to greet her at the car door, she hopped out and trotted off into the garden to her safe place. I wasn’t so resilient: it took 2 coffees to regain my equilibrium.

As the days turned into weeks and the weeks into months we slowly established a routine and worked each day at the exercises that Scotty Valdoa, the therapist that Deborah had contracted to assist us adopters in the rehabilitation process, had given us to do. Progress was slow but each tiny breakthrough was so meaningful and rewarding that even though there were hard days, and if I am honest with you, days when I felt despondent and even days when I was a little depressed, I never wanted to give up because the highs of making even a little progress totally outweighed the lows. Until month 6. Almost overnight our timid little Princess turned into a rebellious terror! She said “NO” to everything: no brushing, no bathing, no touching, no picking up. No, no, no. And not even “no, thank you” just “no” with teeth bared to drive the message home. My pledge was severely tested. Like a ministering angel Scotty helped us through this time, first sending a therapist groomer to sort out the matted fur (With a low maintenance all over body shave! Devastating! She didn’t even look like a Princess any longer!), and bath, and then coming herself to do a one-on one session of therapeutic touch called Ttouch.

We were back on track. Slowly touching increased to stroking and then massaging and twice weekly brushing to get her used to the sensation while her fur was short. One memorable day my young daughter, Katja, was sitting on the dog’s cushions in the kitchen stroking and crooning to one of the other dogs when Pippa came inside of her own accord and sat right alongside Katja and made herself available for a cuddle as well. They cannot make a drug that provides a high like that! We were all so thrilled and Katja had a smile on her face for days. Shortly thereafter Pippa hopped up onto the couch where my long-suffering husband was reading and lay next to him. He was so engrossed in his book he just, on auto-pilot, reached out and stroked the dog. When he eventually looked over to see who was next to him he almost fell off the couch. It was priceless!

The one niggling problem through all this time, and despite all the wonderful progress, was Pippa’s refusal to walk on a lead. She would run and hide when I took the leads out but as soon as the dogs and I were through the gate she would howl and yap and run along the fence. If I turned around and came back for her she would hide again. She so wanted to walk with us but just couldn’t bring herself to trust me enough to attach a lead and hold it. Walking the dogs daily is important for me because of all that it represents; freedom to explore a larger environment than the garden, freedom to use and develop and be proud of a strong body and, for her, the freedom to socialise with more dogs than just males getting her pregnant. It took us 7 months, and specific lead desensitising exercises, to get to the point where one morning when I took out the leads she said “yes, please”. As we set off I wanted to shout out at the passing motorists, “Did you notice, can you see? First we were 2 and now we are 3!” If I had had any in the house I would have had champagne for breakfast that day, I can tell you!

People did notice. It is clear that more people than I know have read the Roodewaal exposure story on the Schnauzer Friends website. I have had strangers stop and ask how it is going with her and acquaintances drive by and give me thumbs up. One memorable event was when a lady pulled over and asked which dog was “the famous Pippa”. My heart almost burst with pride.
And so we have come to 1 year, 12 months, 365 days with Pippa and although we are still a work in progress if you were to meet her for the first time, and you didn’t know her story, she would be just another – maybe a little shy – dog to you. But to us she is our special Princess Pippa in the best Cinderella ashes-to-happily-ever-after-tradition.

To read the full story click here:  http://www.schnauzerfriendsza.com/roodewal-exposure.html
​
Our rescue project shows that good can overcome evil. A community can stand together and say no. Animal abuse must not be tolerated! Do your homework. You may have brought a cute puppy, but if the parents are suffering in horrible conditions, you are contributing to this evil trade. Do not support puppy farmers and backyard breeders.  Even better adopt, don’t shop. 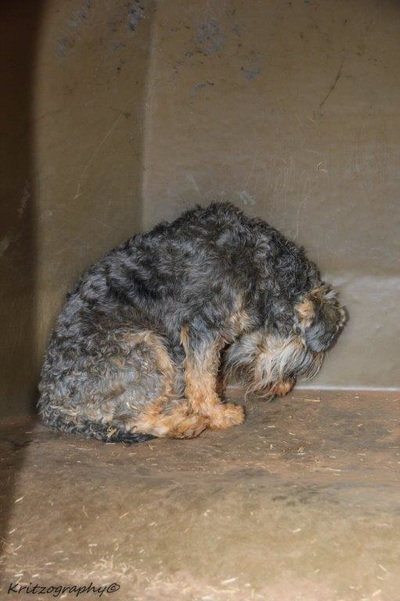 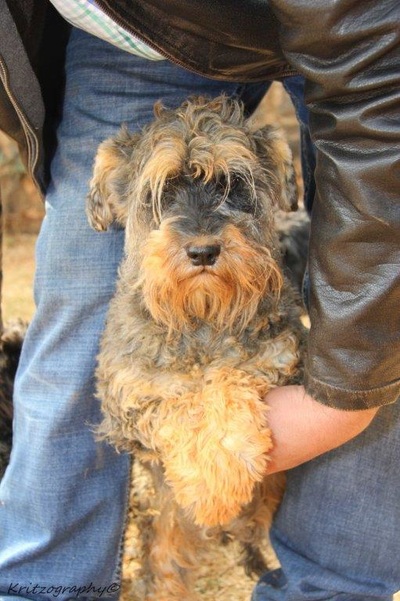 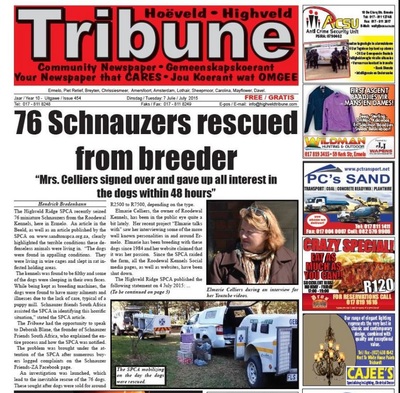 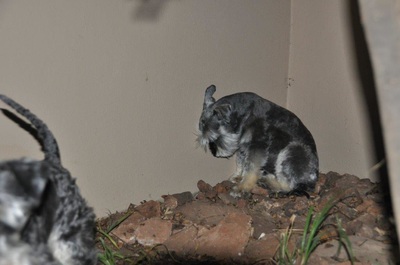 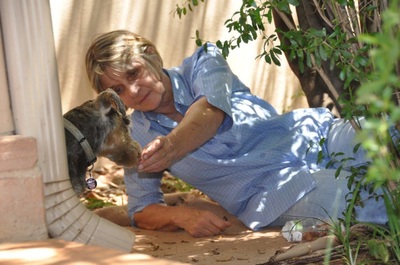 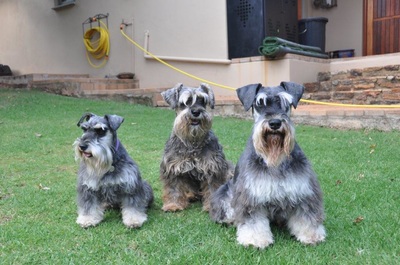 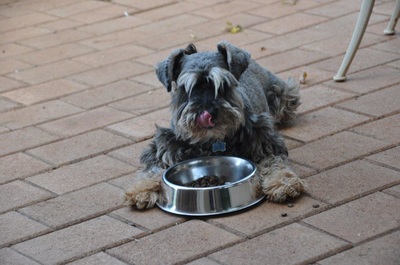 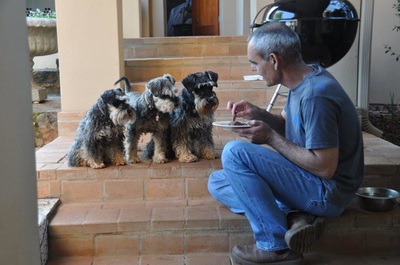 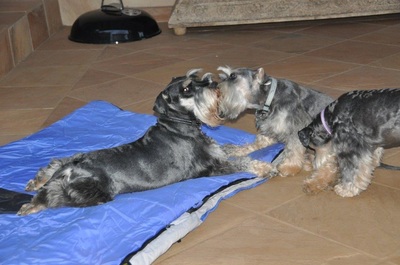 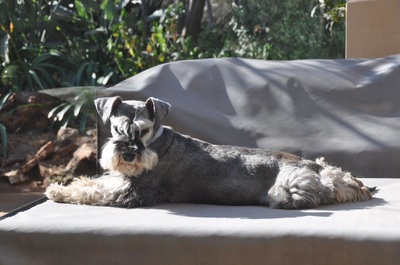 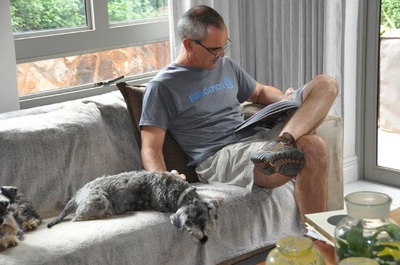 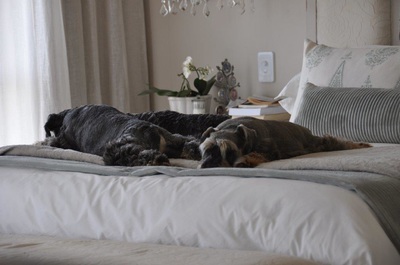 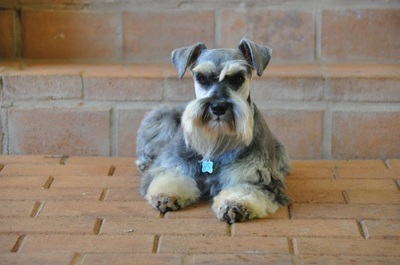 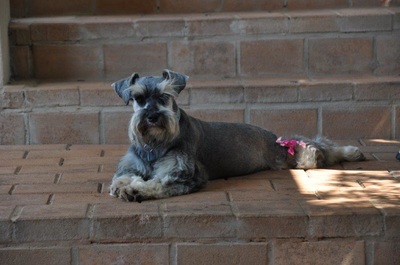 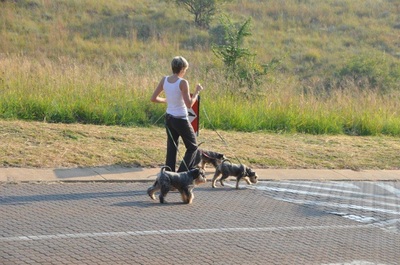